Coming soon: The Apple Picker's Daughter - a novel of childhood

The Apple Picker's Daughter, a novel of childhood, will be published in March 2014.

Born in the 1960s on a UK apple farm, Clare Rivers is a girl out of time, living in a family and a world that makes little sense to her. Determined to carve out her place somehow, and with her deep love of her father to see her through, Clare begins a unique journey to discover the reasons for her own existence. If she can. However, accompanied by the oddities of family, school and the strange lyrical life of the apples, can Clare really find a place within herself to call home?

This novel will appeal to lovers of rural life, recent history and a child's quirky but clear-sighted view of the adult world.

Posted by Anne Brooke at 7:11 PM No comments:

The Library of Unrequited Love: a book of unrequited potential

This is an interesting concept - a brief novella which is purely and simply a diatribe from a downtrodden but ultimately rebellious librarian. It's a brave book therefore, but it's let down by the sheer lack of paragraphs and the sense of well-trodden cliche that hovers over the first half to three-quarters of the story.
The lack of paragraphs gave me a feeling of being trapped inside the book - which is of course the feeling the librarian in her library room has, but even she pauses to pursue other trains of thought. Paragraphs at those sections would have been useful to the reader.
The cliche of course is obvious: a love-sick librarian with a secret passion for an unobtainable student and with a series of deep-set grudges to reveal, and there were times when the cliche was simply overwhelming and I thought about giving up. Even in a book of a mere 92 pages. However, the last five or six pages are simply brilliant and well worth ploughing through the first 80 or so to get there - the ending is a tour de force of surreal and bitter brilliance, and I only wish this sort of writing had started a lot earlier on.

Verdict: Interesting but could have been better (3 stars)

Taking a Chance: a 5-star review

And here's the blurb to tempt you:

The moment model and part-time actor Benjamin spots the sexually alluring David outside his local restaurant, he’s determined to get to know him better. So he takes a chance and pretends to be Timothy, the blind date David is waiting for.

When David asks him about submission, safe words and spanking, Benjamin knows the sensible thing to do would be to leave. Funny then how he finds himself eager to know more. Will it be a date to remember and, if David discovers his deceit, could he ever be persuaded to take a chance on Benjamin?

Not one of Linwood Barclay's best books - usually you can rely on him for the slow unpeeling of character and motive, but here he abandons all that style and substance, and just goes for the manic plot option. All the characters here are equally shallow and equally horrid - with the noble exception of the dry-witted Inspector Wedmore - but goodness what a lot of plot happens to them.
At times, the speed of the story and the number of coincidences flung into the mix was sheer farce and utterly laughable, though I have to say I'm not sure the humour of the book was intended. I fear the worst ...
Anyway, the speed keeps those pages turning but I didn't much care about any of them. So something of a dud in the Barclay repertoire then. Oh well.

Please consider signing this petition to stop the Church of England discriminating against same-sex marriage, thank you:

Here's what the petition says:

All support is very much appreciated, many thanks.

Posted by Anne Brooke at 8:51 PM No comments:


Two great erotic short stories in one volume!
"Butterfly Girl": Abi's marriage is happy enough, but she's bored. When she meets Tina online, they quickly become friends. Soon their virtual friendship becomes the mainstay of Abi's life, and when Tina propositions her, Abi's initial surprise gives way to an unexpected and overwhelming desire.
"Truth or Dare": Kate and Suzie have always been best friends, for as long as they can remember. However, one night at the pub away from their menfolk leads them both to startling revelations as they resurrect their old childhood game of Truth or Dare.
Happy reading!

The Girl in the Painting and Other Stories

My short story collection, The Girl in the Painting and Other Stories, is now available at Untreed Reads, Amazon & All Romance Ebooks. Just click on the following link to get all the details! http://bit.ly/1h6Oo8W

"A brand-new collection...and three new stories! For years, Anne Brooke has wowed reading audiences with her ability to write exceptional tales in multiple genres. From science fiction to romance, horror to tales based on stories from the Bible, Anne has consistently produced some of the most intriguing and gripping works available.


For the first time, Anne's stories from Untreed Reads are collected in one volume. These include:
"The Girl in the Painting"
"The Gift of the Snow"
"How to Eat Fruit"
"The Secret Thoughts of Leaves"
"A Woman Like the Sea"
"Dancing with Lions"
"A Little Death"
"Creative Accountancy for Beginners"
"Candy and Catharsis"
In addition, this collection introduces three brand-new short stories: "A Small Betrayal," "Little Bird" and "Not a Shred of Evidence."
Happy reading!

Posted by Anne Brooke at 3:43 PM No comments:

The Shadow of Death by James Runcie: workaday detective cleric

A nice enough collection of short stories about the fictional crimes solved by Revd Sidney Chambers during the 1950s, but nothing seriously good to write home about. I think I started off enjoying it but, as I went through the different scenarios, they became very similar and I became rather annoyed with Sidney. He's exceedingly bland, plus I was very cross at how casually he treated poor Amanda who was desperately in love with him, but he doesn't have the emotional wherewithal to deal with it. Sigh. She could do a lot better.
Mind you, Inspector Keating is a good character, and I liked Sidney's housekeeper too - they both have a lot to put up with. However, I won't be staying around for the remaining five books in the series.

Posted by Anne Brooke at 6:43 PM No comments:

The flooding situation in Somerset is really heartbreaking at the moment, and there's no let up to the ongoing crisis. Please do consider giving to the relief fund, as it would be very much appreciated.

Posted by Anne Brooke at 8:38 AM No comments:

A couple of nice 4-star reviews have cheered me up this week:

First off, here's one for literary romance Dido's Tale:

"As short as it was, it was very interesting, and gripping and I enjoyed it. I did not expect the ending. I loved the author's descriptions of everything. I would definitely read another book by this author."

And, today, here's another one for fantasy novel, The Executioner's Cane (Gathandria *3):

"I had already read The Gifting and Hallsfoot's Battle so it was inevitable I went back for more. The Gathandrian series is addictive. The characters are real and tenderly flawed. I loved them all. The books are well worth the time."


Many thanks, both reviewers - it's much appreciated!

Heavens above. Guildford Diocese is actually 'seeking opinions' on what we might want our next bishop to be like. There's a first, eh! And here's what I've sent them: "Just a quick email about Guildford's next bishop, as I gather opinions are being asked for round the diocese. Since the women bishops debacle and the C of E's upsetting stand against same-sex marriage, I have to admit to being significantly less of a church-going Anglican than I once was, and indeed for those reasons no longer actually count myself as Anglican. But, in case anyone in the higher echelons of the C of E might possibly be listening, I'd personally love to have a woman bishop or - if that's impossible - a man who's 100% committed to women bishops. It would also be great to have a person who supports same-sex marriage in the church and isn't ashamed to say so - but no doubt that will prove to be impossible in the current Church climate.

In an ideal world, I'd choose Revd Lucy Winkett - but, in all honesty, if I was her, and with what she's been through at the hands of the Church, I'd run a mile to avoid the 'honour'!…

Every good wish to you."

I doubt anyone in the Church hierarchy is actually listening to anything, but at least I've had my say ... 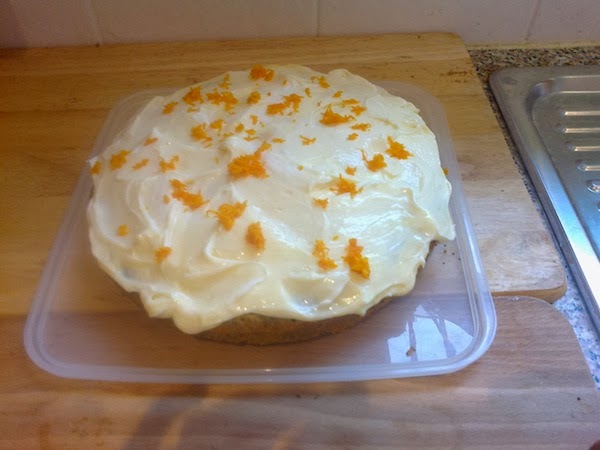 Posted by Anne Brooke at 1:38 PM No comments: