I've just sent the contract for bisexual thriller Thorn in the Flesh back to Untreed Reads, so am looking forward to getting the edits started on that one.

Finally, to add an essential dash of mayhem, mystery and magic to the start of your week, don't forget the first of my Gathandrian fantasy trilogy, The Gifting, is still available at all good online bookshops near you. One reviewer recently described it as:

"a unique fantasy where mental and physical worlds merge in a flight of unrestrained imagination. Unlike much fantasy I've read lately, this book soars with hope. It's a story of redemption gained through a mystical journey through earth, air, fire and water that tests the deepest recesses of a man's soul."

Really, what more could one ask for? Please do feel free to take a chance and pick up a copy - thank you!

This week, I had my NHS call-up papers and have been to have my first ever mammogram. Apparently, Surrey take women up to three years before they hit fifty, and I'm one of those lucky chosen ones. Actually, it wasn't as bad as I'd expected, and the nurses were great. I should expect the results sent directly to me in a couple of weeks or so, which isn't long to wait. And, hey, it's always nice to have a trip out.

Also this week, I've been well enough to get back into playing golf on Friday with M, which was great. A tad chilly, but I was well wrapped up and thank goodness for thermals. I played some pretty hot shots too, but sadly not often enough. Ah well. 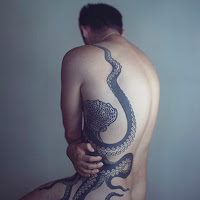 Yesterday, K and I went up to London to see the quite magnificent Seduced by Art exhibition, which I can thoroughly recommend, but hurry - as there's only a week to go before it ends. It was also great to wander around afterwards and catch up with all those fabulous works of art we've not seen for a while. Honestly, the place is a riot of riches.

Whilst there, we popped into the equally wonderful National Portrait Gallery to see the first painting of our very own Duchess of Cambridge. Hmm, not a great work of art, by a long chalk, methinks.  I can see what the artist was trying to do and it was a bold decision to have her looking out so clearly directly at the viewer, but it's as if he wasn't really looking at her at all, somehow. The picture is very tense, the smile very false and she looks as if she's about to be sick, bless her. Perhaps it was painted during the early stages of her pregnancy, however? That would explain it ...

Thank goodness then for the fabulously classic Cinema Portraits by Fred Daniels and the ever luminous work of Mario Testino to enthuse us again. Great stuff.

Meanwhile, in the garden, there are veritable signs of Spring, hurrah! The snowdrops that failed us so badly last year have succeeded this year, and are starting to appear. Several shoots are coming up, plus both pots of narcissi are definitely on their way. Just hope they all survive the cold snap we're forecast later this week. 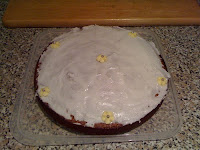 I've also made a Lemon Yoghurt Cake yesterday so am keeping to my Lemon Theme for the year thus far. Suspect I'll change that next week though. K and I had a sneaky slice still warm from the oven and it's not half bad, though I say it myself and shouldn't.

I'm also continuing to hammer away at my beginners' keyboard lessons, and I can now play "Love Me Tender" and "Mary's Boy Child" with two hands - at the same time, well gosh! Book now for the concert of the year - or possibly book tickets to avoid it, which may well be the wiser choice. I'm enjoying it though!

Tonight, I'm trying to psych myself up to watch the increasingly bizarre Ripper Street - there's a lot of vomiting on it this evening apparently, which doesn't really have a Sunday feel to it. I think the series producer might have rather gone overboard on the "no lighting, chaps" and "let's not explain anything of what's happening to the viewers at all" approach - as most of the time, neither K nor I have a clue what's going on. Mind you, spotting the anachronisms is turning out to be a fun game - moving pictures six years before they were invented! Teddy bears before World War One! Whatever next?... Perhaps someone will pull out a mobile phone and text the solution to the police - that would sort them all out.

Finally, over at The Angry Anglican, I'm musing on the question of just how gay a bishop in the Church of England is allowed to be before they stop being a bishop ... The plot, my dears, is indeed entirely lost to the church. Sigh.