Maloney revisited and the keyboard queen

I'm very happy to say that my literary gay thriller Maloney's Law is now available with this lovely brand-new cover at Amazon UK (where it briefly hit No 56 in the gay fiction charts earlier this week) and Amazon US. The blurb plus its credentials are:


Paul Maloney, a small-time private investigator from London, reluctantly accepts a case from his married ex-lover, Dominic Allen. Before he knows it, Paul finds himself embroiled in the dark dealings of big business and the sordid world of international crime. The deeper he pushes, the closer he comes to losing everything he holds dear.
Can he solve the mystery and protect those he loves before it's too late?
Maloney's Law was shortlisted for the Harry Bowling Prize 2006 (for novels set in London) and the Royal Literary Fund Scheme, and longlisted for the Betty Bolingbroke-Kent Novel Award.


The book has also just gained a 5-star review at Amazon which says the following:

"I don't read that many mystery novels but this one caught my attention and after reading a sample I had to read the entire book ... The plot was great and I couldn't turn my e-reader off."

That certainly put a smile on my face. I hope you enjoy the read.

Following on from that, The Bones of Summer (which is the sequel to Maloney's Law) has been chosen by a book group for their January read and they're enjoying it so far. Well, gosh. 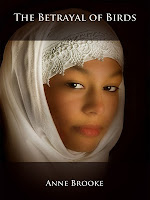 Keeping to nice book news, gay short story Where You Hurt The Most gained a 5-star review at Goodreads, and my biblical short story collection The Betrayal of Birds reached No 82 in the Amazon UK Christian short story charts. So that was nice too.

Meanwhile, I've finally finished the first draft of the last story in the gay menage Delaneys series - so will need to get that edited over the next few days to see if it makes sense at all. Here's hoping, eh. 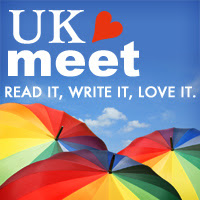 And I've booked myself into the UK GLBTQ Fiction Conference up in Manchester in July, so can't wait for that. Roll on the summer!

On the home front, I believe I'm at last getting well after about two weeks of cold/catarrh nastiness. I did go back to work on Wednesday last week, but that was a big mistake, and so I was off sick on Thursday. Start the year as you mean to go on, eh. Hopefully, tomorrow will be better.

The good news is that for the first time ever in my life, an orchid under my care and attention has actually grown two more flowers. Heavens above, this is indeed the Christmas miracle. The trick - at least for me - appears to be to do nothing that the orchid experts tell you to do, but simply to ignore the plant entirely, at which point it produces blooms to prove to you it still exists. Ha. That's my answer then. 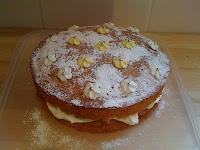 Stirred by such unexpected success, I have this weekend got myself back into cake-making and have produced a Lemon Flower Cake. I cheated with the flowers - the recipe calls for me to go into the garden, pick edible flowers and then sugar-coat and dry them, but if you think there's a hope in hell of me ever doing that, then it's time to think again ... so the decorations are shop-bought and all the tastier for it.

Ooh, and my lovely husband has worked out how to make our electronic keyboard function properly - so I can now play When the Saints Go Marching In, The Banks of the Ohio and By The Rivers of Babylon, all with one hand only. How happy the neighbours are! Believe me, these long winter evenings are simply going to fly by, my dears ...

Finally over at The Angry Anglican, I take issue once more with homophobia and discover the real meaning of the TARDIS. You have been warned.