Michael Jones, a young gay artist and part-time hooker, will do anything to stage his first exhibition. When he falls in love with rich financier Jack Hutchinson, he seems set to achieve his goal. But as Michael becomes caught between the unforgiving territory of smoky-bar Hackney and the green-garden luxury of upper class London, the consequences of his uncompromising pursuit leave him having to fight for all he holds dear, and in the only way he knows how.

You can read a review at On Top Down Under Book Reviews (thank you, Karen!), which includes the following:

"I recommend this book to those who are interested in a well written book about fragile psychology, tenuous control, with real cause. It is an intense (LGBT) book where romance is not the all encompassing theme, rather an individual’s complexities are ... A Dangerous Man is not an easy read, but it is an incredibly powerful and haunting book."

Meanwhile, over at Amazon US (although the new version isn't yet published there), one reader says:

"The complexity of his [Michael's] character fascinated me. He is multi-layered, intense, a brilliant artist desperately trying to pursue his dream. Along the way he meets the love of his life and achieves his dream. Once that happens his life unravels and we the reader unravel along with him. At least, this reader did because by then I had bought into Michael's world and his soul. I hated his moments of self-sabotage but I had come to love him and was rooting for him. I really don't understand why Anne Brooke is not a better known author ... I have used this word before to describe her writing style: luminous."

Many thanks, Gloriamarie - much appreciated indeed.

Meanwhile, in other book news, gay-themed FREE fantasy The Gifting has been downloaded 515 times at Smashwords, so that's nice. This week it's also been showcased at the Awesome Trilogies website, but I'm not sure how much traffic I'm getting from that, to be honest. It's always very hard to say.

Lesbian romance A Woman Like The Sea gained a 5-star review at Amazon UK, from a reader who "discovered" me after reading one of my free novels, so that's lovely to know:

"Anne cleverly uses descriptive prose to help the reader visualise both the physical context of the story and to allow them into the deep, emotional heart of the characters."

And Christian novella The Prayer Seeker also gained a 5-star review at Amazon, with the reader commenting that the book is: "Worth taking the time to read and reflect on."

Many thanks indeed to all reviewers.

Many congratulations to K and me as we celebrated our 20th wedding anniversary on 11 September this week, go us! We had a lovely trip out to The Savill Garden, and then the following day to Wakehurst Place, where I have to say I ate the best chocolate brownie I have ever had in my life. Total bliss. 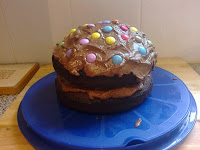 Speaking of cake, this week's is Death by Chocolate Cake, which is scarily large and hugely rich and is surely cutting several years off our lifespans just by looking at it. Still, what a way to go, eh, and I can vouch for its sheer tastiness. Heck, there's nearly 1 lb of pure chocolate in the icing alone, goodness me.

Yesterday, we spent a day with Mother, and everyone survived the experience, phew. Though I did have to have a double gin when I got home, but hey that's usually the case. I made sure to make it a strong one. 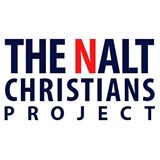 This week I have also made a video in support of NALT Christians - which is a group of Christians keen to demonstrate that we're actually entirely welcoming of GLBTQ people and very enthusiastic supporters of equal marriage. I'm not the greatest film maker in the world, I freely admit, but the more GLBTQ-friendly Christians make a video, the more the general assumption that Christianity and homosexuality are enemies can be shown to be the utter baloney that it is. So if you are a Christian supporter of GLBTQ rights, may I encourage you also to put your support online for all to see. Thank you.

Ha! Thank you, Karen - though I don't think Spielberg will be on the phone just yet!! :))