Great news today! My children's book, The Origami Nun, has been accepted by Scottish Press, Karabeth Publishing, and I've sent the contract back to them just now. I'm really pleased about that, and am very much looking forward to working with them.

At the same time, I've returned the final proofs of gay short story Where You Hurt The Most to Riptide Publishing, and ARCs (Advance Review Copies) will be sent out to a variety of places over the next few days. I hope people enjoy the read.

And don't forget it's the LAST FEW DAYS of the five ebook giveaway of fantasy novel The Gifting at LibraryThing. The final day is 29 April, so don't miss out. There are now 63 people entering - for which many thanks - and I wonder if we can make it to 65. That would be great. Thank you. Other nice news is that literary paranormal short story The Girl in The Painting was earlier this week at No 11 in the Amazon UK short story charts, so thank you for that as well.

Meanwhile, there is still 30% discount off ALL my Untreed Reads ebooks direct from the publisher - so shop early shop often. Because there's only ONE DAY left on that offer ...

At Vulpes Libris Reviews, I find little to keep my attention in P.D. James' mishmash of a novel, Death Comes to Pemberley. Sigh. It just doesn't work, and I was really rather hoping it would. Oh well.

This week's meditations are:


Meditation 644
All that we are and do
recorded in the unchanging
book of our lives,
written on the skin

when our greatest need
is an interpreter
to measure with grace
the truth which lies within.


Meditation 645
There are times
when the seduction
of sin

is more than enough
to tempt
the devil in

but when the joys
we grasped at
are no more

then we are left
in a far worse state
than before.

is a gift
to make the birds sing
and all the stars
take wing. 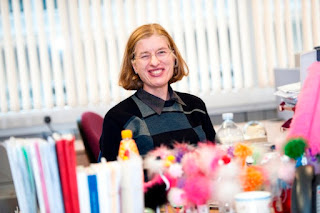 Happy St George's Day for 23 April! I hope you all had a great day and were kind to the dragon. As it were. In celebration, here's a rather scary photo of me and my fluffy pens at the office. Always the professional, that's me, eh ... Well, maybe in my dreams.

Lots of nature news this week. I've spotted a couple of sparrows on our apple tree, which is wonderful - as they're the first sparrows I've seen in Elstead. I hope they come back.

Plus we've taken delivery of another set of plants for potting on and then getting into the garden as and when. This time, we have five cuphea ignea (which I love) and five opium poppies (which K loves). So the perfect combination for something - but who knows what!