I'm astonished and indeed delighted to tell you that I've received the first royalties for gay literary short story, The Heart's Greater Silence, even though it's not out till 6 February. Well, gosh, thank you to those of you who've preordered it and don't forget those of you who haven't yet still have a chance to win a year's supply of free books if you do! What could be nicer? 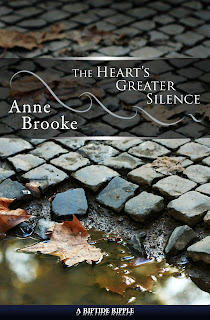 Speaking of which, there was a fascinating pre-publication review of The Heart's Greater Silence this week at Amos Lassen Reviews. One of the things he wrote was:

"Since I began reviewing some five years ago, I have noticed that there are certain authors that continuously deliver good reads. Anne Brooke is one of those and she never disappoints … Brooke has created an unforgettable character in Mark and in his despairs and conflicts. His desires ruled his decisions and the fact that he has two very different boyfriends shows that he is searching for himself. When the story is over, we are still not sure of what he plans to do but whatever it is, if Anne Brooke lets us, we will be there to find out."

Many thanks, Amos - really appreciate your comments.

Turning to other books, I'm very excited that fantasy novel The Gifting has won a week's free advertising at the Kindle Users UK Forum from 1 February, so I'm hoping people might catch the advert as they pop in and out and be tempted to give it a whirl. You never know! 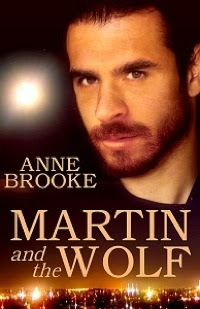 I'm also rather chuffed with a 4.5 star review at Goodreads for gay short story Martin and The Wolf, many thanks, Jerry. That one's been around for a while so it's nice people are still reading it now and again. And I've also stared on Number Five in the gay erotic Delaneys series, The Delaneys At Home. I'm a thousand words in now, so only another 9,000 or so to go. It's nice to be back with them, I must say. I've rather missed them over the Christmas and New Year break. I suspect that, contrary to my original expectations, this won't be the last we see of them either, as I still have the idea for the final story, The Delaneys, My Parents and Me in my head. We'll have to see, eh.

Plus there's FREE GIVEAWAY news I must tell you about, hurrah! Anyone who follows me on Twitter between now and 25 January is entitled to one FREE ebook from my backlist, so spread the word, and a very happy new reading year to all of you!

This week's meditation is:

but like a butterfly
enticed by prayer
let him rest on your palm:


The Sunday haiku is:

Three little robins
on my tree; I smile at them
and they chirp at me.

Ah, the dangers of Christmas have come upon me. There was I tidying up the decorations we put up (minimal but elegant, I like to think ...) and wondering vaguely where the holly was that I put on the windowsill when I ... um ... trod on it. Goodness me, but holly's quite sharp, isn't it ... Hey ho. Next time, I'll keep my eyes to the floor.

And I've made another cake, well gosh, and shake out your aprons! This time it was Mary Berry's Lemon Drizzle cake mix and very nice it is too - though I had a moment of panic when I put it in the oven and realised I'd forgotten to add the water, and it might therefore turn out to be a lemon brick. However, either the good Lord was smiling upon me or my use of three medium eggs instead of two large ones (possibly both ...) saved the day and all was well, thank goodness. I might seriously get into this cake mix lark - but I'll definitely get an electric hand whisk if that turns out to be the case.

Today, K and I have rehung the gate in the back garden - which was rather more challenging and ... err ... fun than we anticipated, but we got there in the end. Part of the issue is that the end of our garden backs onto a drainage ditch so the only way to do the job was if K got into his waders and stood in the stream while I held onto the gate - for dear life. What fun we have in the country, my dears ...

Not many people earn royalties before the work being published, woohoo way to go.

Was it windy in the country? I saw some news about trees coming down near Guildford and thought of you, but I knew you'd have more sense than to be flying a kite in such silly weather. That's good.

Tee hee, a tad windy, yes! We were chasing the recycling bins all over the road on Tuesday!!! That's my exercise for the week, my dear!!

Keep earning those royalties! The cake saga sounds like the sort of kitchen disasters I have!