Of beetles and bemusement

I've sent the final edits for Tommy's Blind Date back to the publisher, so am now waiting for the galley proofs to come back for a look through. At the same time, I'm continuing the edits of The Prayer Seeker's Journal so will be adding no more to that blog as it stands. I will also be taking it down at the weekend, I think.

Meanwhile, my review of Ned Beauman's novel, Boxer, Beetle, is now up at Vulpes Libris. It's a brilliant and bizarre book let down by a bumblingly bad blurb. Which is a shame, but I hope you enjoyed the alliteration in my last sentence anyway. I certainly did.


Meditation 405
Spices, jewels,
gold and the beginnings
of wisdom

warm the air
and bring forth truth
from the heart tonight.


Meditation 406
If I had
all the money
in the world

but for wisdom’s taste
and song
there’s no true accounting. 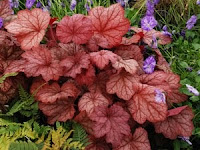 I've started a new gardening blog, called The Bemused Gardener, which will explain the joys and horrors faced by Lord K and myself, beginner gardeners extraordinaire. Or potentially so at least. Nope, we've no real idea what we're doing either, but that's never stopped us before, hey ho. It's probably a consolation prize for myself for ending the prayer blog (see above), as I am after all a glutton for punishment.

While I'm on the subject of nature's bounty, it's glorious to see that the first of the English apples are in the shops at last, hurrah! How the smell of them takes me right back to my father's apple farm in rural Essex and that enormous cold-store. Astonishingly, it's Tesco who's won the battle to bring the firstfruits in this time, as usually it's Waitrose, so well done, Mr Tesco. They're great stuff too - Discoveries and they smell like heaven, just like an apple should.

I'm also feeling much better, health-wise, and actually like a real person, rather than simply a huge and sniffly nose on legs. Hmm, nice image, eh. That said, the doctor has just rung up today to check that I do want the referral to the Guildford specialist, and yes I do, as per the other consultant, so at least that's going forward now, hurrah.

I must also say how much Lord K and I have enjoyed the lamentably few episodes of Sherlock which have graced our TV screens for the last three Sundays. Bliss - more please, and soon. I particularly loved the portrayal of Moriarty, but Lord K says that's because I simply can't resist a depiction of male psychotic lunacy contained by intellectual strength. My response was only to agree, and it's precisely why I married him in the first place. He muttered something in turn about me being the female version of that (which is no doubt why we're so well suited), but I fear I am in fact far worse: the lovely Ruth G (formerly of the University chaplaincy but now moved on to bigger and better things) told me only yesterday that she did realise I wasn't actually the Anti-christ, but if I chose to be she thought I'm make a really really good job of it. My, how we laughed, slightly hysterically I admit, but we did laugh. Good to know I may at last have found my ideal career path after all these years - I wonder what the vicar will say ...