The Paranormal Detection Agency: do you believe in ghosts?...


When paranormal investigator Jack Atkinson meets new client Aaron Riley, he doesn't expect the level of attraction he instantly feels for the man. Neither does he expect the kind of haunting Aaron describes, which Jack is determined to solve.
After their first official client meeting, the two men launch themselves into a passionate encounter, which Jack is keen to continue. Aaron's attentions, however, are focused on the need to rid himself of the ghosts haunting his new home.
Jack and his trusty assistant and aunt, Miranda, investigate further, and soon discover how family secrets can run deeper than even Jack imagined. Will the truth destroy Jack and Aaron's budding relationship, or are they strong enough to survive it?

Here's an excerpt for you:


“Hi.” Aaron stood on the threshold of my front door. His hands were jammed into his jeans pockets, and he gave me a brief smile. “I’m early, I know, but I hoped it wouldn’t matter.”

I nodded and stood aside to gesture him in. “It doesn’t. Come in. One second while I grab my jacket.”

He frowned. “You’re holding it already.”

Oh, damn. Yes, I was. Some excuse to get him inside then. I really ought to indulge in a little more careful planning one day.

I dropped the jacket like it was on fire, grabbed Aaron by the shoulders and pulled him into the entrance hall. He gasped, but didn’t have time to say anything else because I was already pushing him up against the wall and kissing him.

His lips were soft and warm, and after a couple of seconds, he opened up to let in my tongue. I thought it might be quick and rough, a brief hot kiss before we went to the pub, but it wasn’t.

He moaned softly—or, heck, maybe it was me—as everything between us slowed while we kissed. His fingers stroked my neck, as my hands moved down to rest lightly on his hips. I closed my eyes and simply tasted him, while the beat of my heart continued to thunder in my head.

The kiss went on for a time and then lightened as, fractionally, I eased away. After another few moments, it became just our lips and gentle touches, as if neither of us could bear to lose contact entirely.

It was Aaron who gained the ability to speak first. “We don’t have to go out. We could order a takeaway if you’d prefer.”

It seemed like the best idea I’d heard in a lifetime.

“Please, come to bed,” I whispered.


Find out more at Amber Quill Press, and keep on the look-out for those ghosts!

Just to remind you that gay romance, The Paranormal Detection Agency, is published on Sunday 15 June. Here's a sneak preview to whet your appetite:


The moment he walked through the door, I knew he’d be trouble. He stood for a moment in the doorframe, evidently taking time to decide whether to make a final step into my domain or not. He was over six foot, maybe six-foot-two, I’d guess, with dark hair and green eyes. Willowy, just the way I liked my men. When he saw me, he smiled, and I couldn’t help but smile in return. I liked the way his lips quirked, as if he was holding something back but wouldn’t object too much if you found it.
Definitely trouble.
However, what really nailed the trouble category of the man now taking a hesitant step into my office was the water-imp peering over his left shoulder and pointing at me.
I didn’t particularly get along with water-imps, though heaven knows I’d tried hard enough in the past. They were okay up to a point, but the constant giggling and pointing always got to me in the end. They never had much conversation and tended to trip you up a lot if they realized you could see them. Neither quality was a great start to a long-term friendship.
“Hello!” my assistant Miranda piped up from her desk. By dint of being nearest the door, she was the default reception desk. And by “assistant” I actually mean “aunt.” I couldn’t afford an assistant, or indeed a receptionist, so my aunt was the next best thing. “Welcome to the Paranormal Detectives Agency. Can I help you?”
“Detection, Miranda,” I hissed, as I stood and stretched out my hand to the demi-god with the water-imp. Well, nobody’s perfect. “It’s detection, not detectives. We’re not ghosts ourselves. But welcome anyway, Mister …”
“Riley.” The demi-god finally spoke, his accent faintly northern. “Aaron Riley. You must be John Atkinson, the owner.”
“Yes, that’s me.” I confirmed the obvious and shook his hand. “My friends call me Jack.”
A snort came from the direction of my aunt’s desk, but I ignored it. “How can we help you?” I said instead to Mr. Riley.
He let go of my hand, sadly, and glanced around, as if checking to see if the answer to the question might be somewhere in the office. The water-imp copied his movements in a slightly spooky (no pun intended) way and began to giggle silently. I stifled a sigh. The pesky beast hadn’t taken long to get started.
“It’s complicated,” my visitor said at last. “I’m not even sure why I’m here, if I’m honest. I don’t believe in ghosts.”
This was, almost word for word, exactly what everyone who ever came to ask for help said to me. They never believed in ghosts and it was always complicated ...


Meanwhile, don't forget the really sexy excerpt, courtesy of Amber Allure Press. And there are now only three more days to wait!

Posted by Anne Brooke at 1:04 PM No comments:

How Will I Know? by Sheila O'Flanagan: a welcome outstayed

This is a prime example of a book that rather outstays its welcome. I enjoyed the story of how Claire picks her life up again three years after the sudden and tragic death of her husband, but it didn’t particularly grip me, and it went on for too long in the end. The loss of 100 pages or so would have made it a sharper and more interesting novel. And losing those pages would have meant the badly written and unbelievable scene in the art gallery would thankfully have vanished …

That said, it’s a light and easy read, though it’s certainly not top notch O’Flanagan. She’s written better stories. The problems for me were the rather irritating perfection of the dead husband, as I simply didn’t believe they were soulmates from the age of 14 and our heroine never needed to explain things to him as he was so in tune with her. Harrumph! It all sounds very unlikely to me. I also didn’t really get any spark between the heroine and her new potential boyfriend. Yes, they get together in the end (after a fashion), as you’d expect in a romance novel, but I wasn’t that bothered about them.

I was far more gripped by the story of Eavan, the best friend, and her husband, and how they deal with living with alcoholism and redundancy. It was far more interesting, and with a better plot line. I also loved Claire's daughter, Georgia, and felt she deserved her own stand-alone novel for sure. The scene where she’s far more aware of dating etiquette than her mother was expertly done.

So, all in all, not vintage O’Flanagan but, as I say, it’s easy reading.

Lemon drizzle and the Paranormal Detective 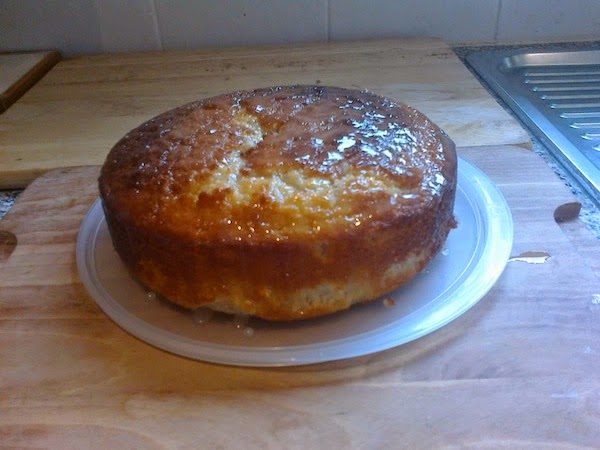 Today's cake is Lemon Drizzle cake. Quite an easy one to make, and no great problems with it. But it's so useful having a husband who grates the lemon rind for me as it's not a job I like. What a hero!

Who would this cake be perfect for? Well, my money's on Jack Atkinson, owner of The Paranormal Detection Agency. He's got a sharp eye and just a touch of sweetness so it would be the ideal combination. It might well help him in his dealings with his rather tricky client, Aaron Riley, too. Aaron's a forensic accountant living in a rather scary haunted house and he definitely needs some help.

Add to the ingredients Jack's sharp-tongued assistant and aunt, Miranda, not to mention a veritable bevy of water-imps and earth-sprites, and you have a recipe to remember for sure. Why not enjoy a taster by means of this exclusive and sexy extract, and prepare yourself for a dish to remember in a week's time on Sunday 15 June?…

Happy reading, and enjoy your day!

Garden delights and The Gangster's Wife

The garden is enjoying the sunshine today, so here are some pics. 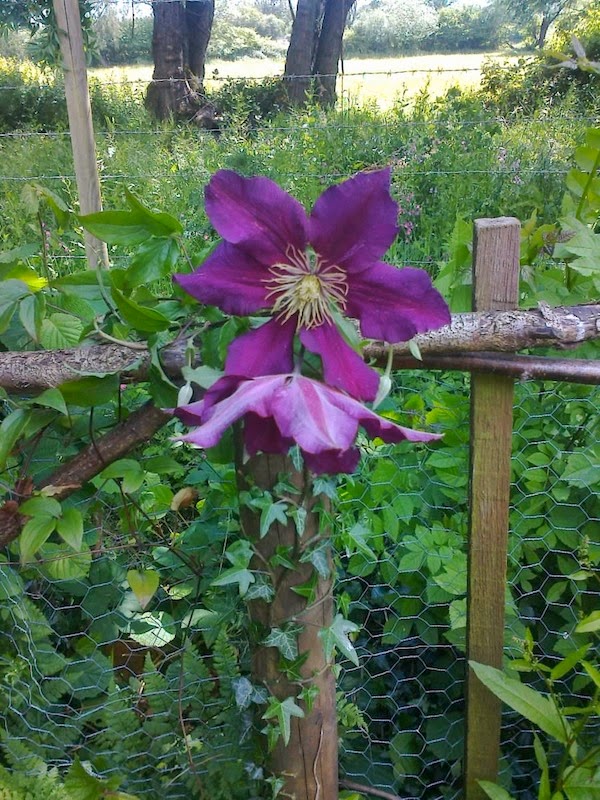 Wild clematis on the garden fence. 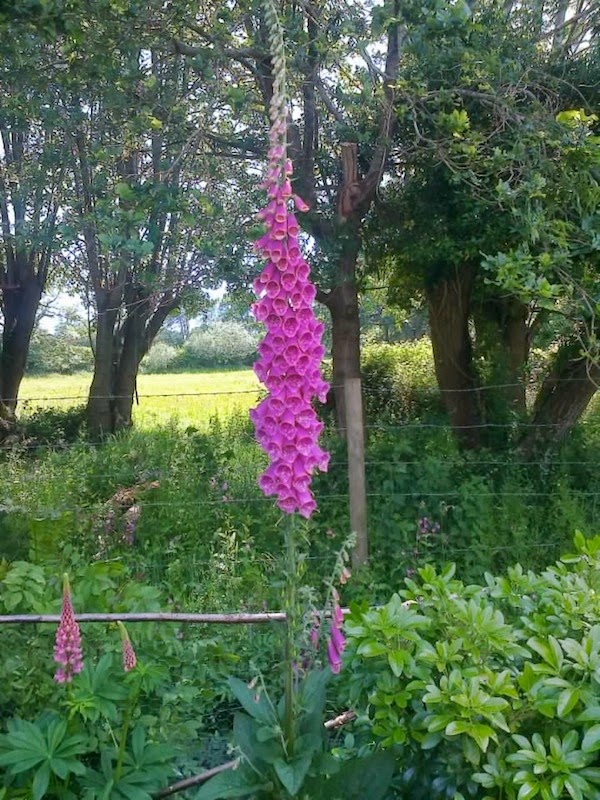 This particular foxglove is now over 6ft tall. 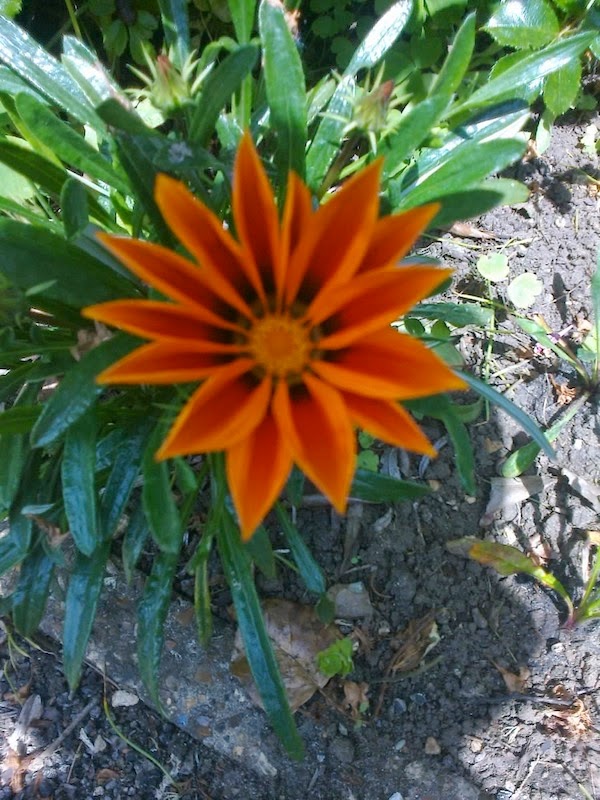 The first of our gazanias is now in bloom and soaking up the sunshine. 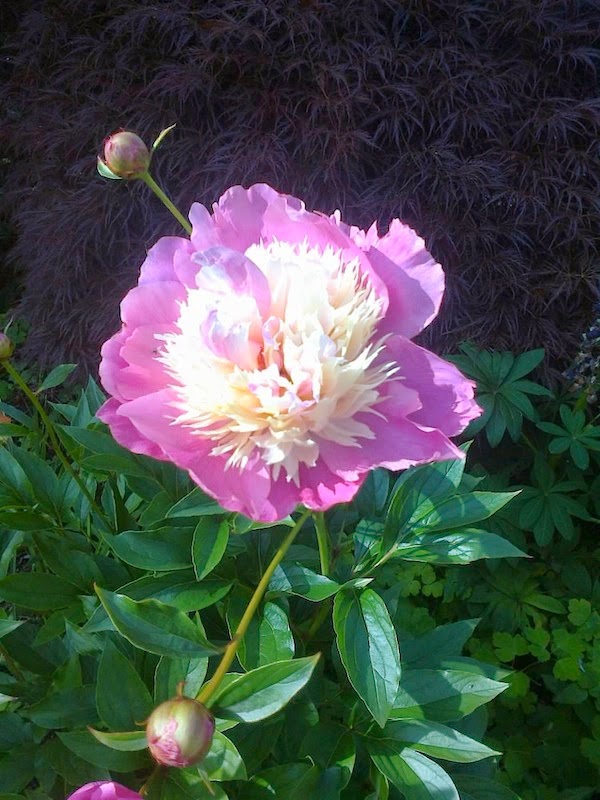 The Bowl of Beauty peony is fully in bloom and wonderfully showy. 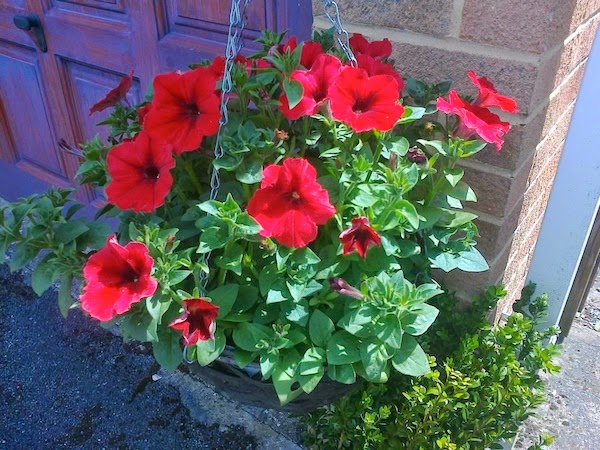 Red petunias in one of our hanging baskets. 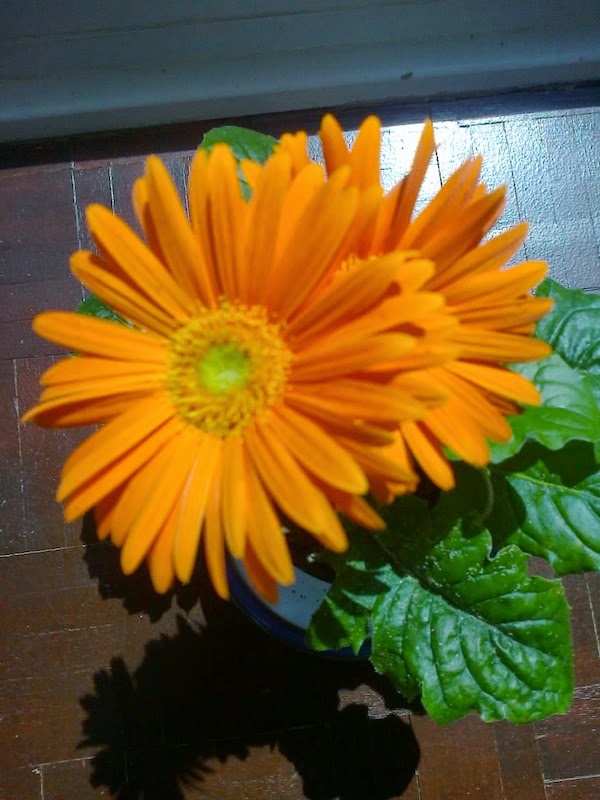 We've managed to save the gerbera from whitefly and it's bloomed again.

In other news, I've finished the first draft of comic novel, The Gangster's Wife. There'll be a lot of editing to do, and I'll change the order round here and there, but it's good to have a complete draft to play with. Particularly after this year, which I've found tough on the writing/publishing front, to say the least - I didn't think I'd ever get round to finishing anything again and it all felt very overwhelming, hey ho. But, heck, somehow I've done it so, even though the book won't score highly on anyone's reading radar, I'm quietly satisfied.

There's a sale on at Omnilit Books for a couple of my books:

Where You Hurt The Most

Adrian is more than happy as high-class escort for a number of regular clients. When his boss and dear friend asks him to entertain his nephew, Adrian readily agrees, but meeting Dan challenges him in ways he'd never imagined.Dan is scarred inside and out from an accident that destroyed a promising future. Despite Adrian’s loveless lifestyle and Dan’s withdrawal and anger, the two men forge a deep—if unnerving—connection. Soon they find themselves questioning the choices they’ve made and the futures they’ve mapped out for themselves.Yet even bright young men like Adrian and Dan fear the unknown and take comfort in the familiar. Neither may be strong enough to step away from the life they know and toward the one they dare not hope for. But while it’s true that love can’t heal all wounds, it is the surest balm for where you hurt the most.

Mark isn’t sure he believes in love, especially when he finds himself torn between two very different men: his reliable boyfriend, Craig, and his illicit lover and priest, Richard.Mark knows what he should do, but he can’t bring himself to give Richard up. The sex with Richard is unlike anything he’s ever known with Craig, and he hungers for it as much as—if not more than—the truer intimacy he finds in his boyfriend’s arms.When Craig discovers his betrayal, Mark is forced to look at his life more closely, but the path to self-knowledge is never an easy one. Richard seeks the way back to God, but Mark finds no solace there. Can he ever discover the truth of his own soul, or is he too afraid of what he will—or won’t—find inside his heart?